One of a handful of MN defense attorneys certified on DataMaster, DMT (MN's current breath-testing device)

Here, inPart II, we will examine the Minnesota Sentencing Guidelines and describe how they apply to almost every felony conviction in the state.

In 1978, the Minnesota legislature took the first step to transition to a determinate sentencing structure by establishing the nationŌĆÖs first sentencing guidelines commission ŌĆō The Minnesota Sentencing Guidelines Commission (MSGC). The stated goals of MSGC were to develop and maintain rational and consistent sentencing standards that promote public safety; reduce sentencing disparity; and ensure proportionality in sanctions based on the severity of the offense and the offenderŌĆÖs criminal history (taking into account whether the individual is a repeat offender).

Based on the CommissionŌĆÖs findings, in 1981 Minnesota became the first state to implement a sentencing guidelines structure leading to the elimination of MinnesotaŌĆÖs Parole Board in 1982.

The MSGC meets each year to determine what ŌĆ£presumptiveŌĆØ sentence will apply to each of MinnesotaŌĆÖs felony level crimes (expressed as a number in months that is well below the maximum sentence for the crime charged). First, the offense is ranked on a scale of one (least severe) to ten (most severe).

Finally, the Commission fixes the actual number of months that an offender is expected to serve ŌĆō the ŌĆ£presumptiveŌĆØ sentence. This is factored on the severity level of the offense as well as the criminal history score. For some crimes, the number is calculated within a range of months. The guideline sentence will be within this range, and judges are expected to sentence at the presumptive level and never outside of the range unless a departure is warranted.

With a probationary sentence, an offender can be sentenced to up to one year in a county jail, where he or she may be eligible for work release, monitored community service, home detention, and other programs unavailable in prison.

An offender serving a probationary sentence will not face incarceration in a state-run prison facility unless he or she has violated the terms and conditions of probation.

Guideline sentences are calculated by the MSGC based on ŌĆśtypicalŌĆÖ circumstances. A typical cases where the crime was committed in a manner either more or less severe than usual, may justify a departure from the Guidelines. A departure is any sentenced pronounced by the court that is different than the sentence recommended by the guidelines. By law, whenever a judge departs from a guideline sentence ŌĆōupwards or downwards ŌĆōthe reasons for the departure must be specifically articulated and placed in the court record for later review if the sentence is appealed by the prosecutor or the defendant.

In over 95 percent of cases resulting in a felony conviction in Minnesota, the offender receives a presumptive sentence. And, except for the range, it is the guidelines ŌĆō not the Judge ŌĆō that will determine the length of the sentence, or whether the offender goes to prison.

With the determinative sentencing structure set forth in the Guidelines by the MSGC and approved by the legislature, Minnesota judges have little individual discretion regarding whether or not an offender goes to prison and what time must be served. This is true regardless of whether the person is a repeat offender or facing his or her first felony conviction.

Whether you find yourself facing felony charges for the first time or the state is prosecuting you a repeat offender, you need a criminal defense attorney with deep legal knowledge of the Minnesota Sentencing Guidelines and a willingness to fight on your behalf in any court.

At Halberg Criminal Defense, our team approach puts the firmŌĆÖs collective knowledge and experience in your corner. Our attorneys are available 24-7 ŌĆö Call us at 612-DEFENSE (612-333-3673). 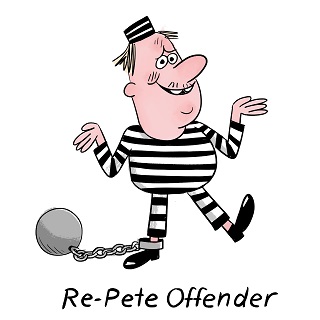