Eric Nelson of our firm was recently quoted in PEOPLE magazine regarding the possible use of the Good Samaritan Law as it relates to the Prince death investigation.

Attorney Marsh Halberg contested the validity of the stop of our client's boat in a BWI (Boating While Intoxicated) case. The District Court agreed that the stop was based on an illegally-enforced municipal ordinance and dismissed all charges. The prosecutor appealed. Following arguments from the State and Attorney Doug Hazelton of Halberg Criminal Defense, the Minnesota Court of Appeals unanimously upheld the District Court's order to dismiss, finding that the local ordinance conflicted with state law and therefore could not be used as a justification to stop our client's boat and arrest him for BWI. As a result, all criminal counts against our client were dismissed and his boating privileges were not revoked.

Tina Appleby's case was recently featured in the Star Tribune. Through significant negotiation Appleby was able to help her client enter into a negotiation that included the dismissal of murder charges. Appleby's client also avoided going to prison as part of the negotiation.

Murder Case /Not Guilty /Use of Insanity Defense

Kare 11 recently asked Marsh Halberg for his view on the New Hope straw buyer who allegedly provided the firearms that were used in the attack at New Hope City Hall. Marsh commented that the man could possibly face federal fraud charges.

Murder Case /Not Guilty /Use of Insanity Defense

Marsh Halberg defended a young man in Dakota County for over four years arguing the â€śMcNaughton Defenseâ€ť of legal insanity. In a ruling described as â€śincredibly rareâ€ť the court ruled in our client's favor. This defense is so rarely successful that in a television interview about the case, a law professor stated:

"Iâ€™m sure today or tomorrow, whoever is teaching criminal law in law school in Minnesota, will be talking about this case."

Marsh Halberg and Lee Orwig were co counsel together in the successful defense of a man accused in Hennepin County of driving under the influence of alcohol. A "road rage" incident had been called into the police who arrived at our client's house shortly after the 911 call and determined our client was intoxicated. The successful defense asserted that the man had consumed a large amount of alcohol in a short period of time after arriving home and therefore he had not been impaired at the time of driving.

Our firm was recently featured on the front page of the Pioneer Press. The article explained why we do what we do for our clients. Click the image to read more. 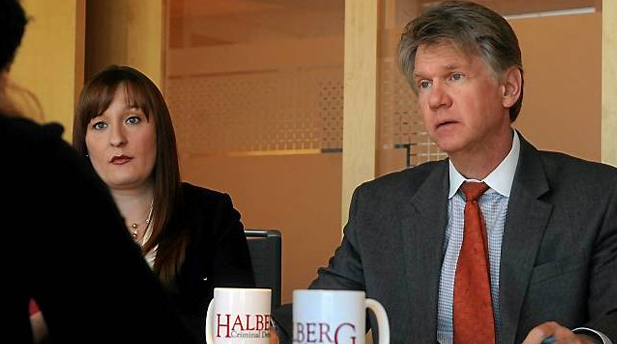 Halberg Defense in the News

Marsh Halberg was recently featured on Fox 9 and WCCO and Eric Nelson was on Kare 11. Marsh was asked to comment about the recent resignation of the Robbinsdale Police Chief as well as the decision not to charge the driver in the fatal crash in St. Louis Park last year. Eric gave his opinion about the newly proposed legislation to require all vehicles to stop and investigate any collision, no matter how minor. Click the images to watch the full stories: 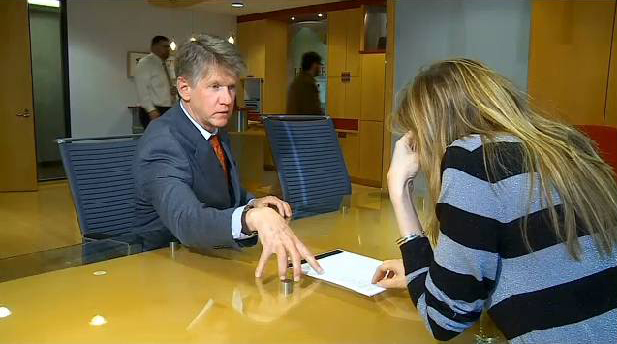 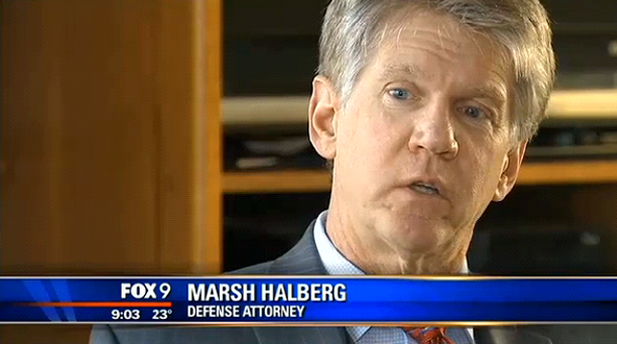 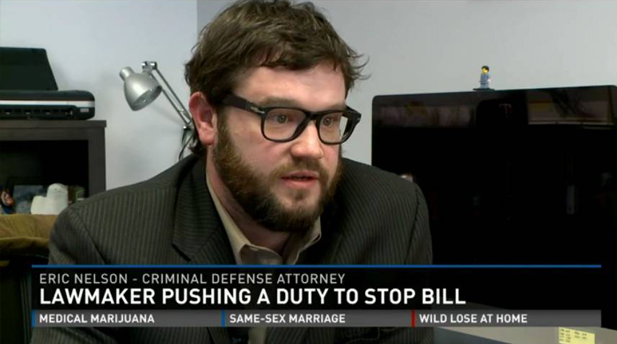 We were proud to sponsor free autographs from Viking Legend Chuck Foreman recently at He-Fest. Chuck signed hundreds of autographs for Vikings fans of all ages. He was a pleasure to meet and everyone had a great time! 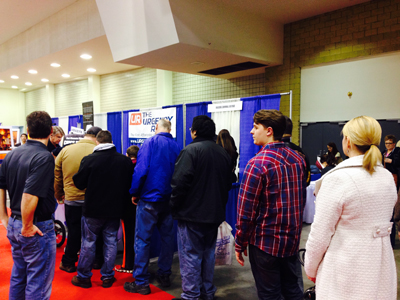 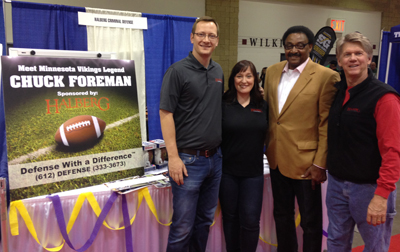 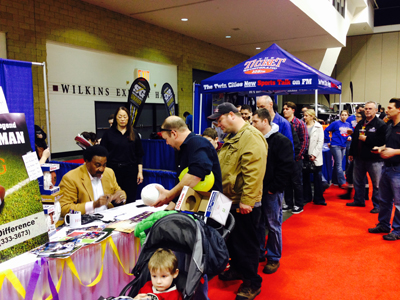 Marsh Halberg represented a middle aged businessman with two felony DWI cases, both pending in Ramsey County at the same time. While the presumptive sentence for such cases is presumptive prison, Mr Halberg worked diligently with his client to establish the clients' sincere and responsible efforts to finally maintain a life of sobriety. By presenting legal concerns in the case and arguing neither society nor our client benefited from him being imprisoned, the Court agreed to not send our client to prison.

Recently, one of Doug Hazelton's clients was charged with three separate counts of Felony Drug Possession (cocaine) occurring in two different counties on three different dates. As a result of Mr. Hazelton's efforts, two of the three felony charges were dismissed and one was resolved as a Stay of Adjudication - meaning that the client will have no conviction and no criminal record so long as he remains law-abiding for one year.