A very important case was decided that may affect all DWI cases in Minnesota. The United States Supreme Court has ruled that, at least in some situations, police officers cannot compel a person to provide a test to determine your alcohol level without first obtaining your valid consent or a search warrant. Although the case applied to a nonconsensual blood draw, we believe there are strong arguments that the same legal analysis also applies to urine and breath testing. In addition, even if you "consented" to a test, that consent might not be valid because the State threatens drivers with increased criminal and driver's license penalties. Dave Risk and Marsh Halberg from our office were interviewed regarding this important DWI topic. To see that KARE 11 video click here or the image below or to read the decision in its entirety click here. Lee Orwig recently published an article in Attorney at Law Magazine regarding this same issue. The article, intended for other attorneys, is included below. 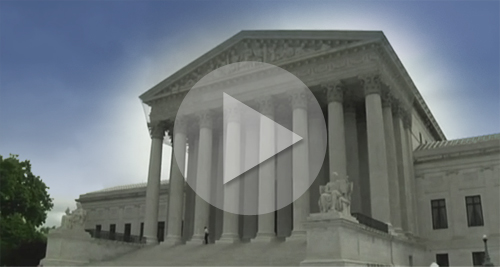 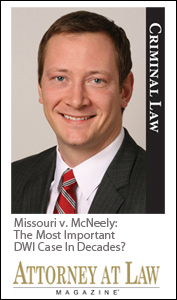 Marsh Halberg and Christina Zauhar successfully defended a homeless man in 2014 accused of first degree criminal sexual conduct in Hennepin County. The case was very challenging as it involved cultural and language issues in addition to very serious felony allegations. By bringing a "Florence motion" , the defense was able to illustrate the serious weaknesses in the charges and the State dismissed the charges.

A Martin County man was accused of criminal sexual conduct by his teenage stepdaughter. By showing many inconsistencies in the girls story and putting our client's good character (no criminal record ) in front of the jury Mr. Halberg won a rapid not guilty verdict for his client.

Clients of Jeremy Kaschinske did well this week as one case was dismissed and another never charged. Mr. Kaschinskeâ€™s client was charged with contempt of court for registering a .15 BAC during his court appearance, but Mr. Kaschinske argued that the prosecutor would not be able to prove the client was impaired during court, and the charges were dismissed. Another client was facing felony controlled substance charges after being caught with over a pound of marijuana. Mr. Kaschinske argued to the drug task force investigators that the case was too weak to charge. In the end, no charges were brought, and the case was closed.

Sometimes we are retained AFTER a client has already been sentenced. In this 2014 case our client discharged his current attorney and hired Marsh Halberg as it seemed inevitable he would go to prison for not completing his court ordered treatment. By quickly moving to meet with the probation officer, talking with the Assistant U.S. attorney and arguing to the court for a more lenient punishment, our client avoided prison and only did a small amount of local jail time with work release.

Within a two-week period, attorney Christina Zauhar successfully negotiated dismissal of pending criminal charges against two of her clients. One was charged with Criminal Destruction of Property in Hennepin County, and the other was charged with Inattentive Driving in Ramsey County. Both clients are very grateful to no longer be facing potential criminal convictions.

Our office defended the mayor of Jordan in a highly publicized case alleging the mayor was guilty of disorderly conduct. Marsh Halberg negotiated a very favorable result which will resulted in the case being dismissed in one year without a conviction.The legal mechanism for this case is called a "continuance for dismissal". Under this negotiation there was no admission of fault and there was no conviction.

Work in the Community

We pride ourselves on being good "corporate citizens" by volunteering in our communities.

Marsh Halberg was recently on the host committee for the annual benefit for the Minnesota Organization on Fetal Alcohol Syndrome. 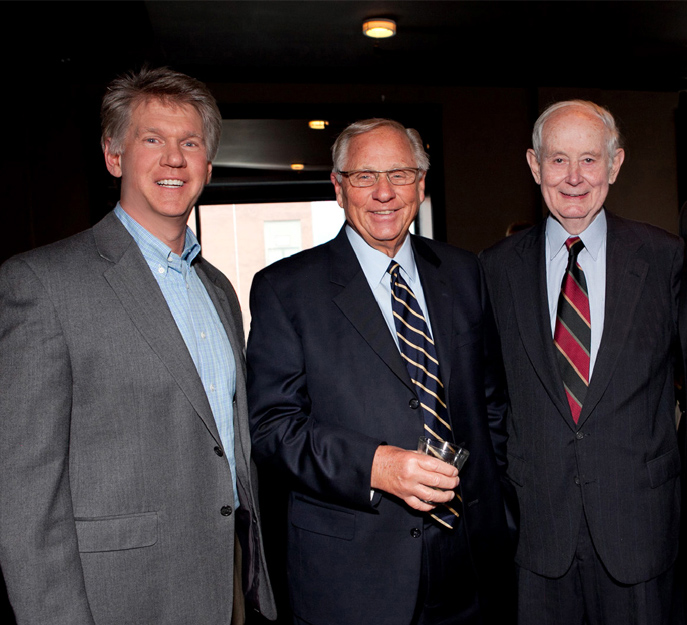 Jeremy Kaschinskeâ€™s client, facing his 3rd DWI in the last 10 years, avoided serving any jail time. Along with alcohol, the client had 4 different controlled substances in his system when he was arrested. Because it was the 3rd DWI in 10 years, his vehicle was forfeited and his license plates impounded â€“ he was also facing mandatory jail time. Kaschinske negotiated the return of the vehicle, rescinded the plate impoundment order and prevented the client from serving any jail time. The client, who had been sober for 4 months by the time of sentencing, and his family were relieved at the outcome. The clientâ€™s parents credit Mr. Kaschinske for saving their sonâ€™s life.

Tina Appleby vigorously challenged her clientâ€™s charges alleging criminal sexual conduct in the first degree (with a presumptive sentence of 144 months). All charges were dismissed. The client described Tina as â€śan Angel.â€ť

Not infrequently, people contact our firm after a tragic event has occurred and the police are involved but BEFORE criminal charges issue. In those cases we are retained on a "precharge basis" to try to prevent criminal charges from issuing. In a tragic Chaska case, a young man was being investigated for the fatal shooting of his close friend with a bow and arrow. Marsh Halberg was retained by the young man's family. Mr .Halberg quickly obtained all relevant information about details of the death. By persuasively presenting that information to the authorities, manslaughter charges did not issue.

Drugs and a stolen gun were found when officers executed a search warrant on the home of Tina Appleby's client. He was thereupon charged with Controlled Substance Crime and Receiving Stolen Property--- Firearm. Each are felony crimes that carry stiff sentences. Prior to an evidentiary hearing, Tina convinced the State that it would not be able to prove the drug charge, so the prosecutor dismissed it. Tina then challenged the search warrant as it pertained to the stolen gun, arguing that the officers exceeded their authority. The judge agreed, so that charge was dismissed as well.

Tina Appleby had a client charged with two separate Controlled Substance Crime in the First Degree crimes. Each was on a different date, and each carried a presumptive commit to prison for 86 months. Thanks to his own tremendous effort rehabilitating himself and Tina Appleby's resolve to show it, one count was dismissed and the other resulted in a downward departure to 180 days in the local jail as long as he is compliant with other conditions --- primarily, abstinence from alcohol and non-prescription drugs.

Marsh Halberg and Lee Orwig served as trial counsel for what is believed to be the largest criminal case in Minnesota court history with over 4,400 defendants. The two HCD attorneys were members of the five-attorney trial team who collectively represented the interests of over 250 criminal defense attorneys in pursuing the source code litigation. The two-week hearing concluded at the end of December. Judge Jerome Abrams presided over the matter and issued an Order in March regarding the admissibility of source code test results in both criminal DWI and implied consent cases. That Order has been appealed on an expedited basis to the Minnesota Supreme Court. Our office together with the other three trial team attorneys has filed an appellate reply brief in October 2011 and is awaiting notice of oral arguments being scheduled before the court. As such,the breath test issue in Minnesota is still a very viable defense for us to discuss with you.

Halberg Defense recently attended the Rocky Horror Picture Show theatrical performance starring Don Shelby. Mr. Shelby had some good natured teasing of lawyers but referred to us as "one of the best criminal defense law firms in the country". Thanks Don of your kind words.